Closing the lid of January 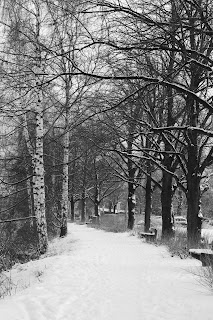 The first month of the year has ended. You know what that means. Only February to suffer and then it is almost legitimate to start waiting or spring. Being a citizen of a Nordic country this is a big deal for me because the snow piles, low temperatures and overall darkness can get a bit uninspiring.
Anyhow, the upside is that when it's cold and uncomfortable outside, the more time to read.
I finished 6 books in January, which was my first month of blogging and more "systematic" reading. Six is not maybe that much, but considering that two of them were chunksters, I think it is more or less decent number.
In total I read 3039 pages in January.
The books were


I have no idea how February will turn out. I am still reading "1Q84" (which is a little bit disappointing in many ways, but I will write about that at later day), I started "Germinal", which is awesome but which I want to devour in small pieces, I started "Howards End" in Estonian and made it until page 90 before fully realising that reading Forster in Estonian equals a small sin, and I also started the ultimate Sherlock Holmes collection I found this weekend. I also found a nice copy of "Jane Eyre" and am quite tempted to start that re-read (it has been many, many years and I am very curious how I might see this book at this age).
Plans for blog posts this week include thoughts on "The Woman in White", which I haven't had time to write about, and show off the new books from last week.
Posted by Riv at 13:14