I was inspired (again!) by Rinn over at Rinn Reads - here is her post.
Today we are talking about our favourite Sci-Fi movies of all time. Mine are in alphabetical order, because although I love lists, it's hard for me to choose which is best, and which is a bit less good. It was difficult to choose only 10, but I just kept removing the films one by one, and these are the ones I was left with:
A.I. Artificial Intelligence
2001 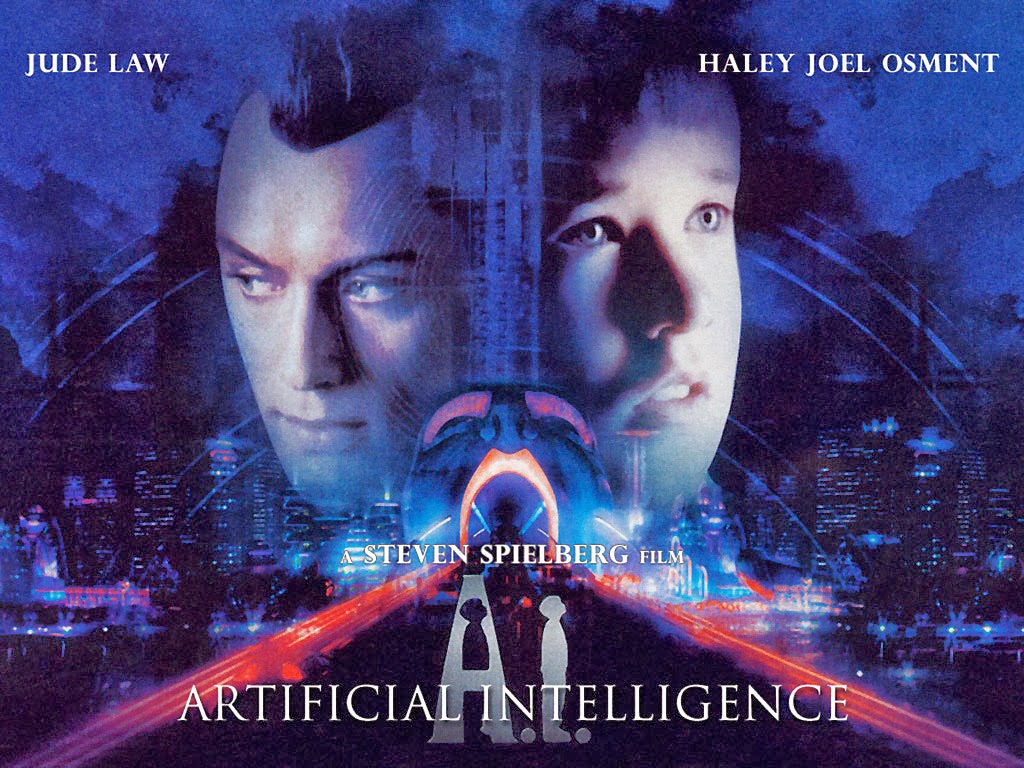 With Haley Joel Osment, Jude Law, Frances O'Connor.
In the future society, humans have created realistic robots (called mechas) to serve them. But can mechas really have feelings and what happens when they are no longer wanted?
Why favourite: the topic of artificial intelligence is ever interesting - even if we program robots to "feel", are those then true feelings? 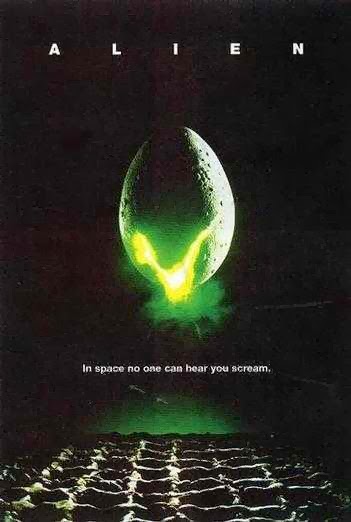 With Sigourney Weaver.
Spaceship Nostromo is surprised by an unwanted extraterrestrial visitor.
Why favourite: mad scientist doctor following orders of a mega corporation is willing to jeopardise the whole mankind in the name of science. Hilarity and horror ensue; time to place your bets - will the mad scientist be the first to die? Also, Ellen Ripley is a kick ass character.
Sequels: Aliens (1986), Alien 3 (1992), Alien: Resurrection (1997).﻿ 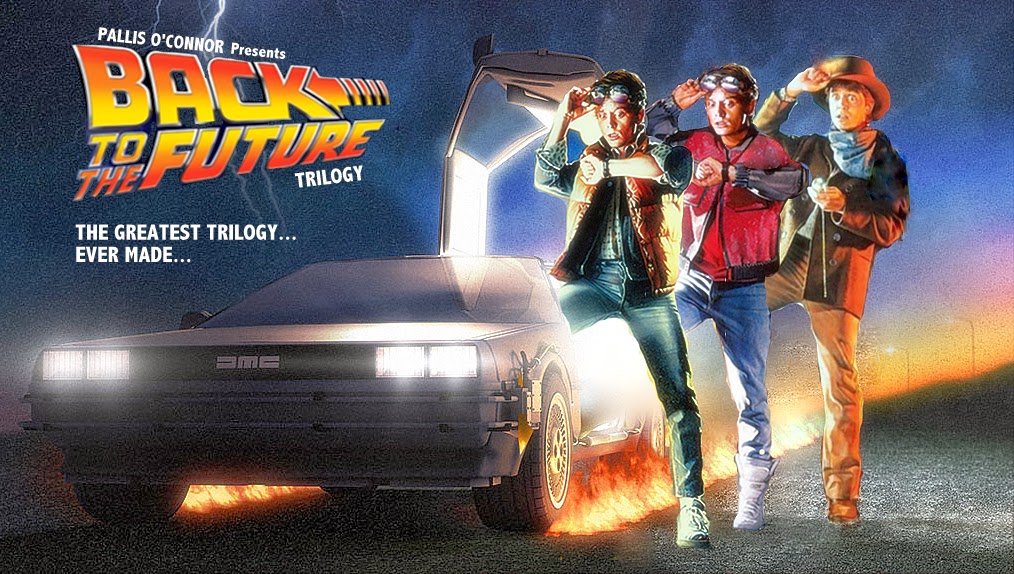 With Michael J. Fox, Christopher Lloyd, Lea Thompson
A teenager is sent 30 years into the past in a time-travel car constructed by his buddy mad Doctor Emmett Brown; he must bring together his high-school age parents to save his own future existence.
Why favourite: Who can say no to time travel, hilarious characters and awesome 80ties-90ties clothing style? Also, it's one of those rare cases where sequels are excellent too.
Sequels: Back to the Future Part II (1989), Back to the Future Part III (1990). 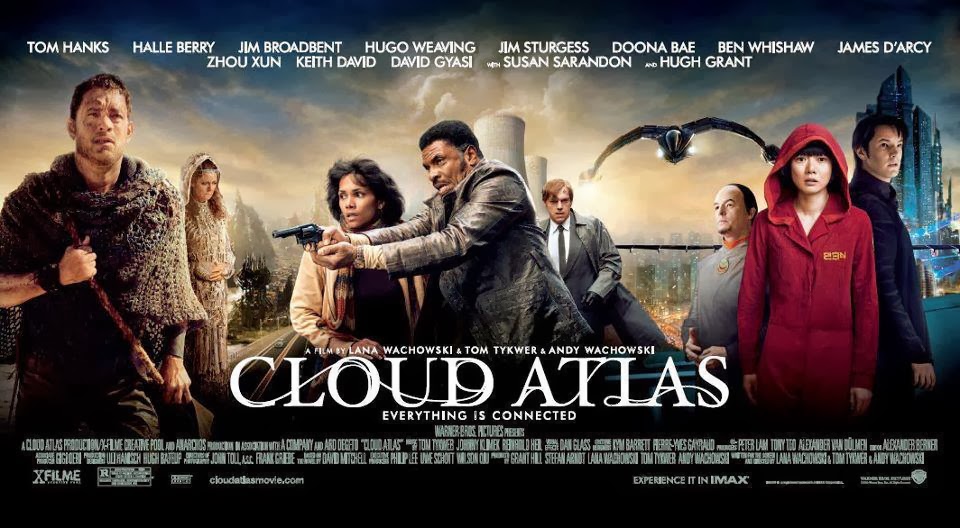 With Tom Hanks, Halle Berry, Hugo Weaving, Jim Broadbent, Hugh Grant, Susan Sarandon.
How do the actions of individual lives impact each other in the past, present and future?
Why favourite: I am not even going to pretend I am not biased here - this book is so good that it probably contributed a few points towards the movie making it to TOP 10. This is a very complex, layered story that takes place in the past, present and future. This kind of heavyweight of Hollywood stars would usually shy me away from the movie, but in Cloud Atlas they earn their money - literally, since everyone plays several different characters.
﻿
Cube
1997 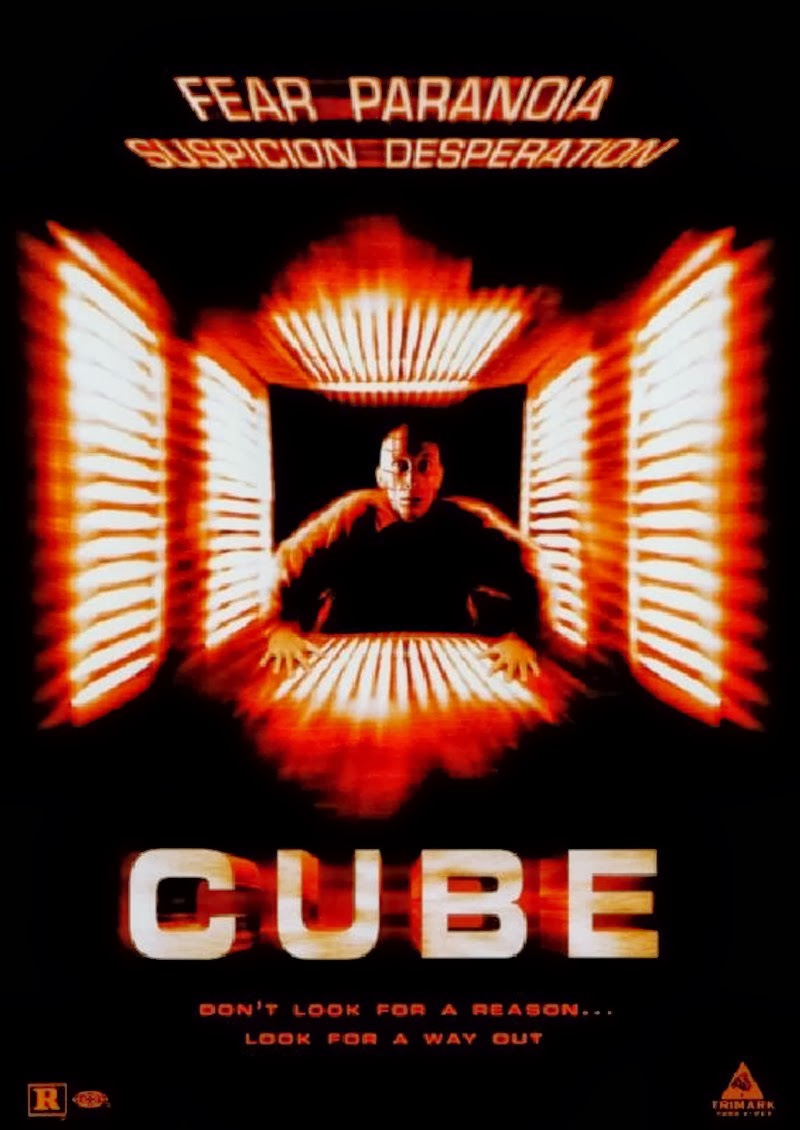 With Maurice Dean Wint, David Hewlett, Nicole de Boer, Nicky Guadagni, Andrew Miller, Julian Richings, Waybe Robson.
Seven people who do not know each other wake up in a giant cube, filled with thousands of different rooms. They start figuring out why they are there while trying to find the way out of cube, each room is full of unknown traps.
Why favourite: Look at that concept! (Though sequels are of questionable value, I would not recommend.) The cost of this film must have been super low because everything takes place in rooms that look pretty much the same... except you can die in hundreds of different ways. Also, Cube proves that mathematics can be really scary.
Sequels: Cube 2: Hypercube (2002), Cube Zero (2004). 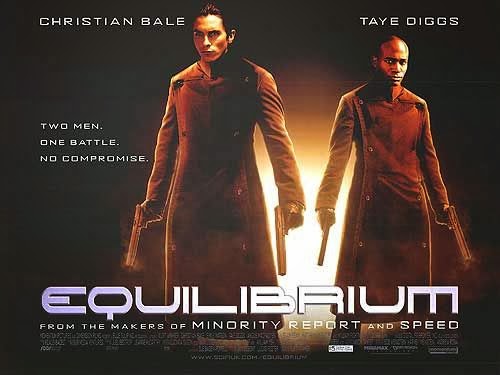 With Christian Bale, Taye Diggs, Sean Bean, Emily Watson.
In a Fascist future where all forms of feeling are illegal, a man in charge of enforcing the law rises to overthrow the system.
Why favourite: For me personally, this takes the cake as the most underrated movie ever. If you like books 1984 and Fahrenheit 451, chances are good you will like this movie. Also, how awesome is this cast. 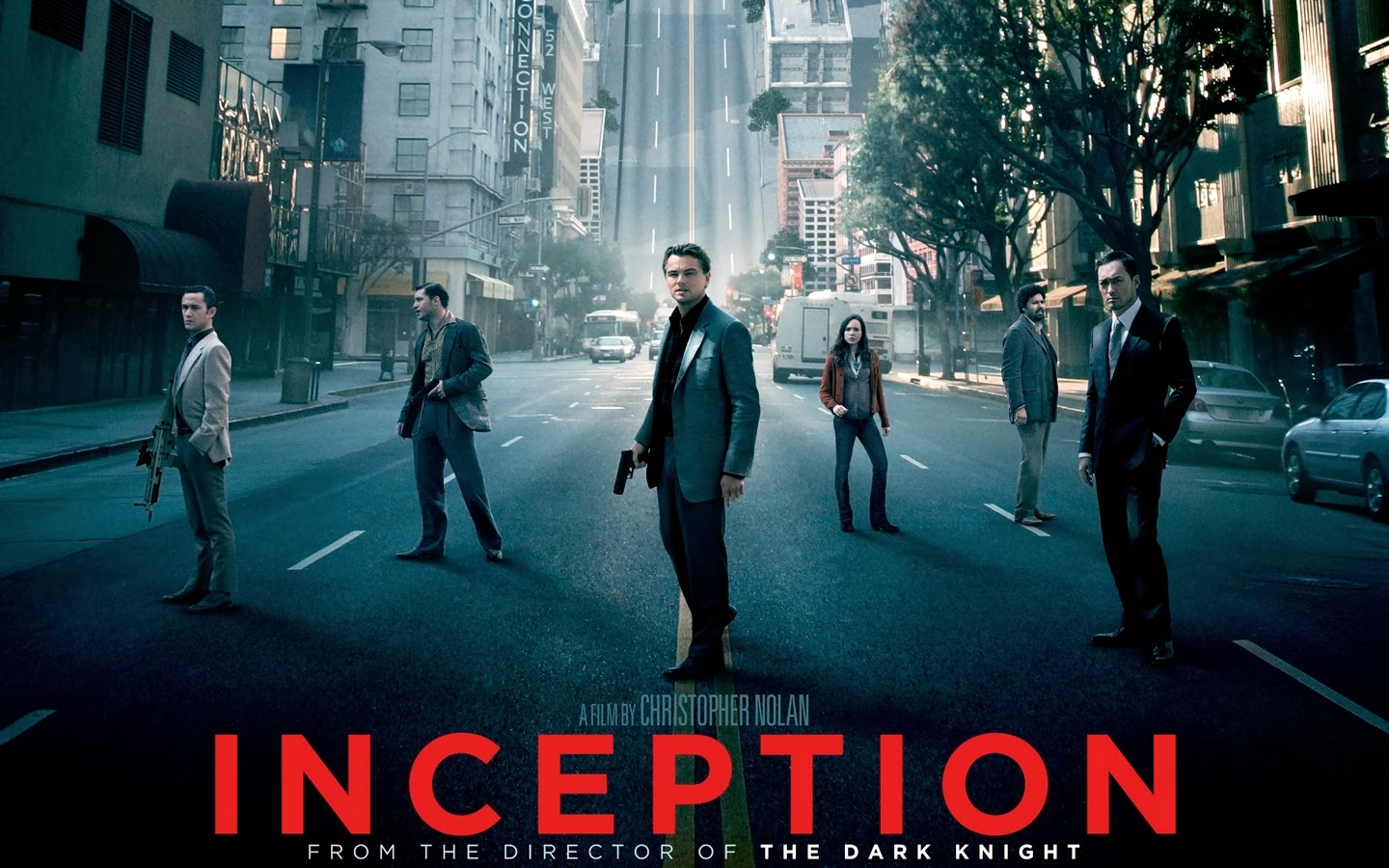 With Leonardo DiCaprio, Joseph Gordon-Levitt, Ellen Page, Tom Hardy, Ken Watanabe, Marion Cotillard, Michael Caine.
What if someone steals your thoughts and secrets while you are sleeping? Can you get lost in a dream never to return? Will you even want to?
Why favourite: Based on all these questions - another fascinating concept (or more like a proper mindf**k that requires several viewings). Also, Christopher Nolan and the cadre of people assembled for this film are impressive. 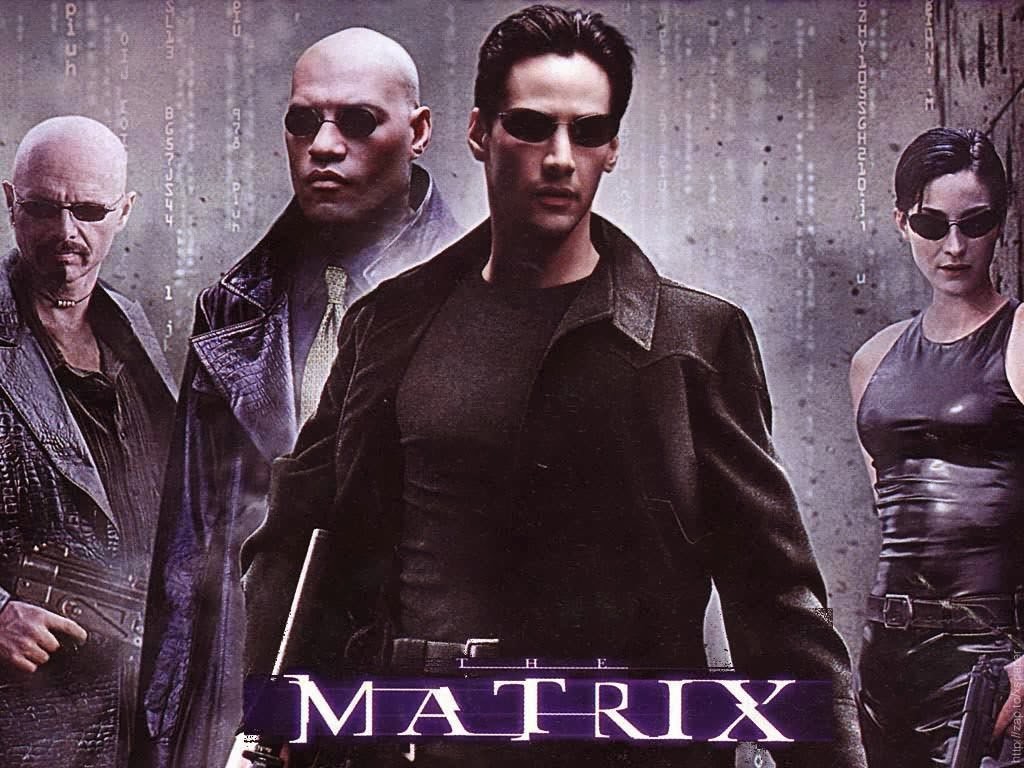 With Keanu Reeves, Laurence Fishburne, Carrie-Anne Moss, Hugo Weaving.
In future, hackers are capable of hacking into human mind. The battle between reality and artificial reality.
Why favourite? This film was launched at the time when computer geekness was spreading its wings, and I was already on board. I was also attracted to the cool black leather coats and shades. The slo-mo fight scenes were a very new thing back then! (What happened to the sequels, though? From bad to worse.)
Sequels: The Matrix Reloaded (2003), The Matrix Revolutions (2003).﻿
Moon
2009 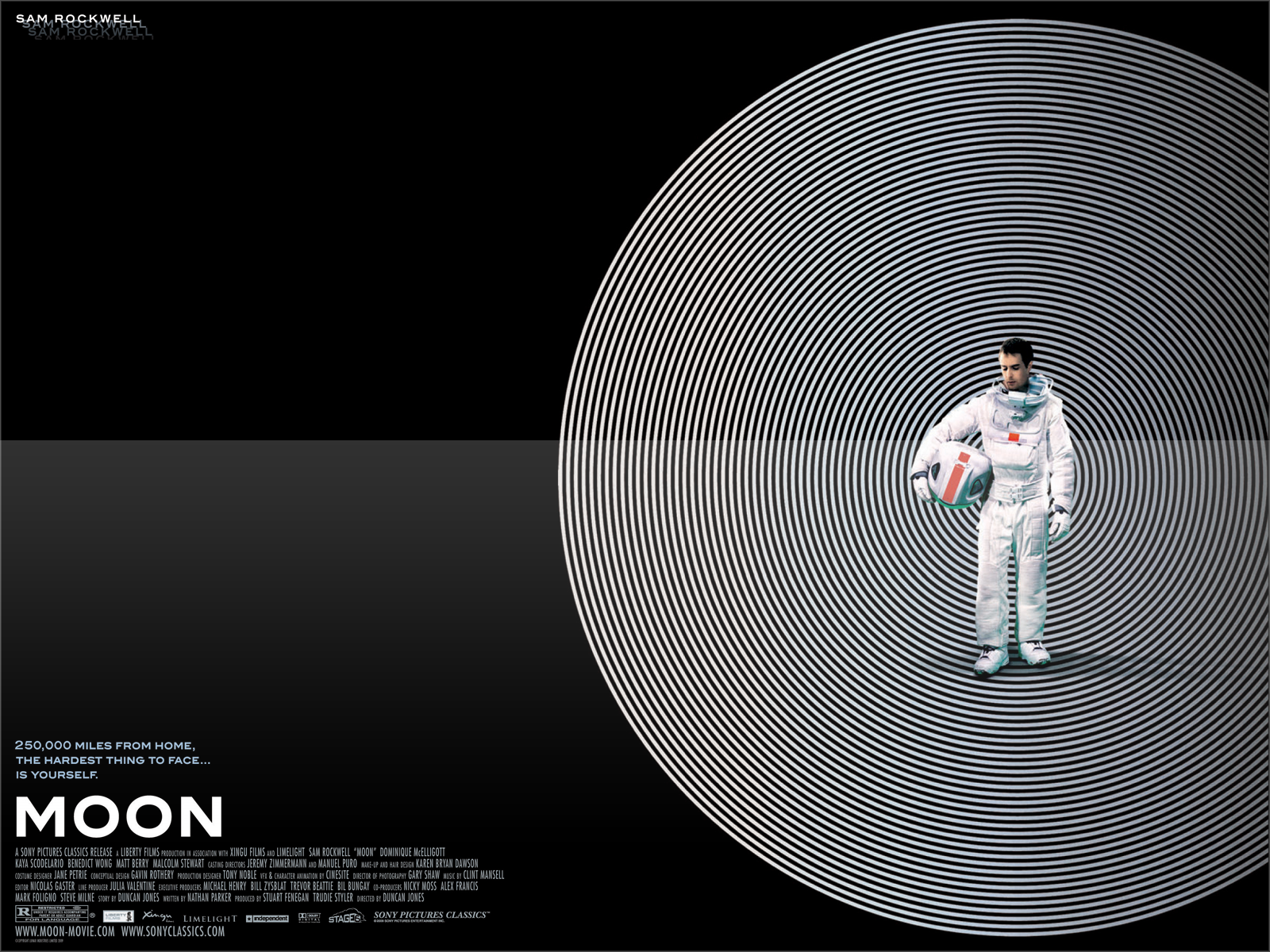 With Sam Rockwell, Kevin Spacey.
Future mankind has discovered how to solve the Earth's energy problems with the help of the Moon and astronaut Sam Bell is to spend three years on the Moon, only companion his computer GERTY.
Why favourite: it is kind of a minimalist setting - lunar station, a bit of the Moon's surface, one man and one computer. Lots can happen when a man has to spend such a long alone in the space... 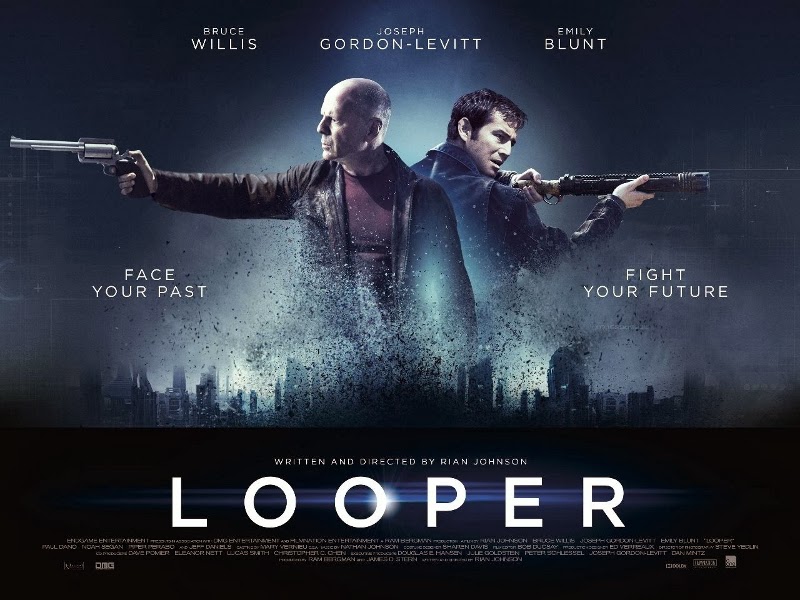 With Joseph Gordon-Levitt, Bruce Willis, Emily Blunt.
The year is 2074 and people who have become trouble are sent 30 years back in time to get executed. What if one day you are facing yourself on the execution scene?
Why favourite? I can't resist a time conundrum. Nothing more enjoyable than spending the rest of your evening (or few days, or weeks) trying to figure out the time paradox (if you go back in time and kill yourself, how can you be there to go back in time in the first place?)
Bonus entry: 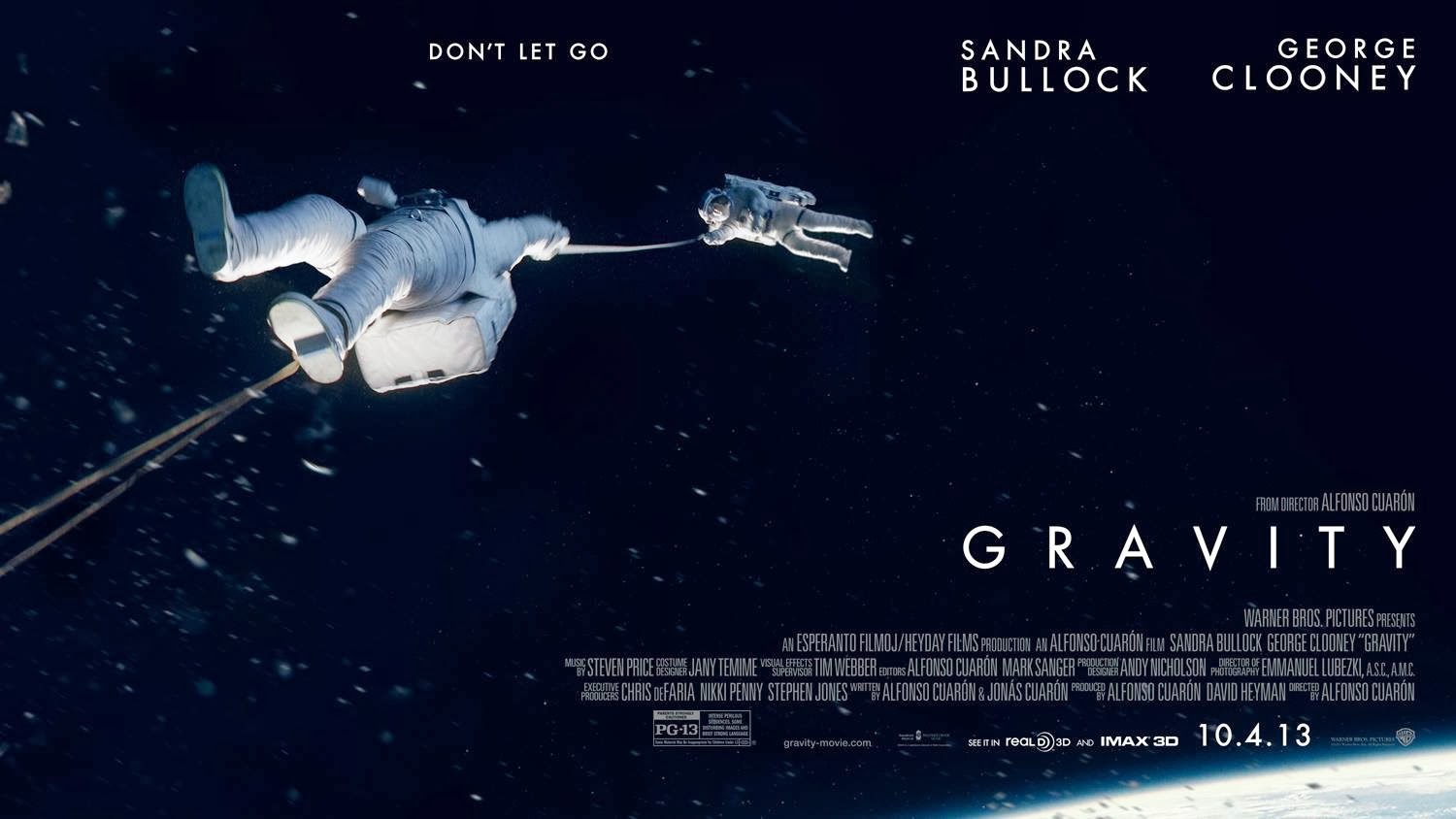 With George Clooney, Sandra Bullock.
A medical engineer and an astronaut are the sole survivors of an accident that destroys their space station, but oxygen is running low, so what next?
Why favourite: It is a tragic, beautiful survival story. The space is beautiful, especially if you view it through 3D glasses safely in the movie theater! The details that are put into this movie are astonishing and although there are a few scenes that make you think "IS THIS REALLY POSSIBLE?" (and if you are like me, make you manically google at home afterwards :p), it does not take away from the fact that this movie is brilliant.
Posted by Riv at 16:41