C_Club #12: The Moonstone by Wilkie Collins 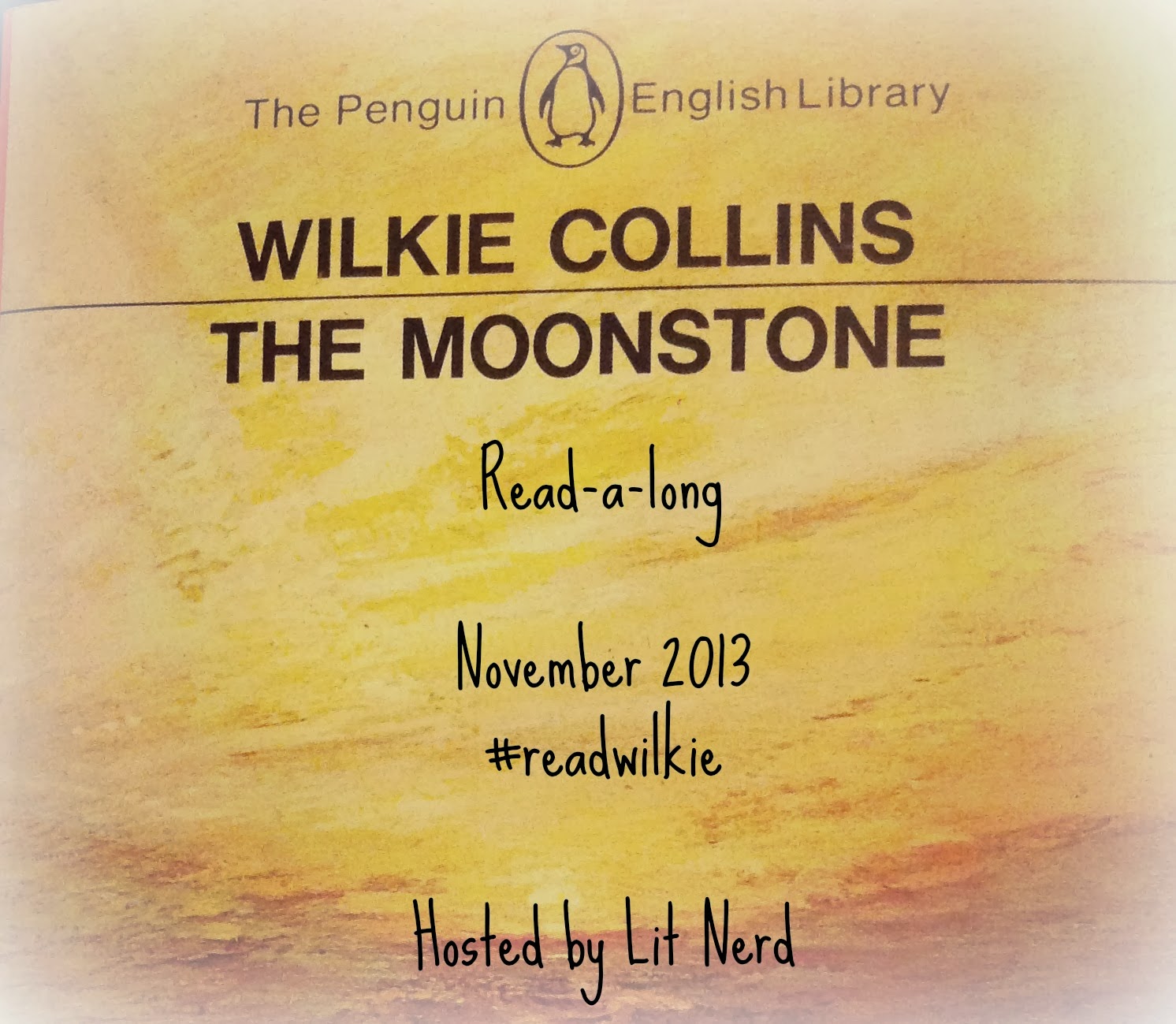 The Moonstone read-a-long has ended and this time I actually managed to stay in schedule and finish the book! Hoorays all around.
Here is my half-way-there, a bit spoilerish post. In the second half of the book the narrators were no longer as eccentric as Gabriel Betteredge (with his self-help book Robinson Crusoe) and Drusilla Clack ("Satan under the tea table!"), so naturally the first half of the book was a lot funnier and also a lot more quotable than the second half. Let me demonstrate through a visual:
It takes quite some time until the disappearance of the diamond actually comes to the focus, but in the end it does, and just as many have said, the ending of the book is quite satisfactory. I think those who expect pure mystery out of The Moonstone might be a bit disappointed because it almost feels like solving the riddle is second rate, after all the drama and schenanigans; also, I usually cannot guess a culprit when I read and I even try avoid doing it because I want to be surprised, but in The Moonstone, it was kind of obvious who went after the stone. To me, anyway. So, it wasn't very surprising in the end, but it sure was satisfying.
Ezra Jennings was probably the most interesting narrator in the second half of the book, I took him as a different kind of martyr than Ms Clack - he did trigger a lot of sympathy with the situation that he was in and that led to the actions that he took. From others' reviews and remarks I've concluded that Rachel Verinder is not a very popular girl and even though I can understand the negative emotions she brings out, I think she is a good character who doesn't allow people use her as a carpet, so to say. I symphatised with her, being so young, in such a mess, with no proper guidance. From what I remember, being 17-18 years old, I wasn't exactly a pillar of morality and mature decisions myself, is what I guess I'm trying to say here.
Having read The Woman in White earlier this year, I can't help but compare the two books, and I have to say I liked The Woman in White better. One of the reasons is that with The Woman in White, I had yet no idea of the awesomeness of Wilkie's (I think we have all adopted the first name relationship with him) writing, so the delight was genuine; in case of The Moonstone, I had way high expectations. Secondly, I think there was more solid bunch of hilarious/kickass characters in The Woman in White (Frederik "Don't Bully Me!" Fairlie, Count Fosco - the kind you love and hate at the same time, of course Marian "Petticoats for Life!" Halcombe, Professor Pesca, Fosco's wife... looks like you could list all the characters here).
But overall, I was highly entertained by the Moonstone and gave it good 4 out of 5 stars.
Thank you Ellie for organising, I really loved the event!
Posted by Riv at 13:44