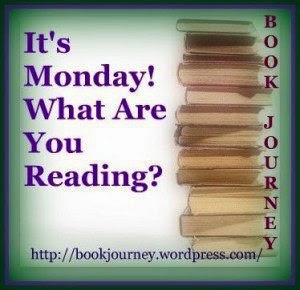 Hello! Happy new week! I didn't post last Monday, because I was reading pretty much the same stuff (gotta love 'em big books...) and I figured maybe the Monday posts will work better for me twice a month instead of every week. I'll see how that goes.

I've finished off some good stuff meanwhile, and also some excellent stuff. Station Eleven and The Cider House Rules (yes, the 900+ page John Irving tome) were good, and Among Others was bloody brilliant. I also finished a young adult fantasy book The Girl of Fire and Thorns, which was meh. Okay. Nothing special. I really should quit reading YA books altogether...

I would like to finish all these off before the end of the year, but we'll see how this goes. Ideally I would start the new year with the new reads.

Endymion, Dan Simmons - about half-way through, taking it slow. Simmons writes good, but I kind of miss the intricacy of the previous two books - this one is way too linear.

Deadhouse Gates, Steven Erikson - half-way through as well. Just like the first book in the series, it is a challenging read. The plot has picked up though and I am drawn to the bleakness of the world.

The Glass Castle, Jeannette Walls - I have to admit I am having difficulties with this one. Mainly because I can't seem to decide what it is that I am reading. I have hard time taking it as non-fiction; however, the narrator is still in the age of a child and I am rather curious to see what changes in her attitude will occur once she gets older.

Oliver Twist, Charles Dickens - I have read three chapters, Dickens is wordy as usual and requries some effort from a modern time reader. There have been some chuckles, though, and illustrations are nice.

It's Monday! What Are You Reading? is hosted by Book Journey, check out the blog to see other fantastic Monday reads.
Posted by Riv at 10:32