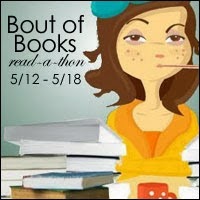 Bout of Books reading event is only a few days away, and I've had trouble putting together a doable book pile. I usually stack a little mountain of potential books so that I was able to choose depending on the mood, but I'm not in the mood (:p) to do it this time, so here is what I have come up with: 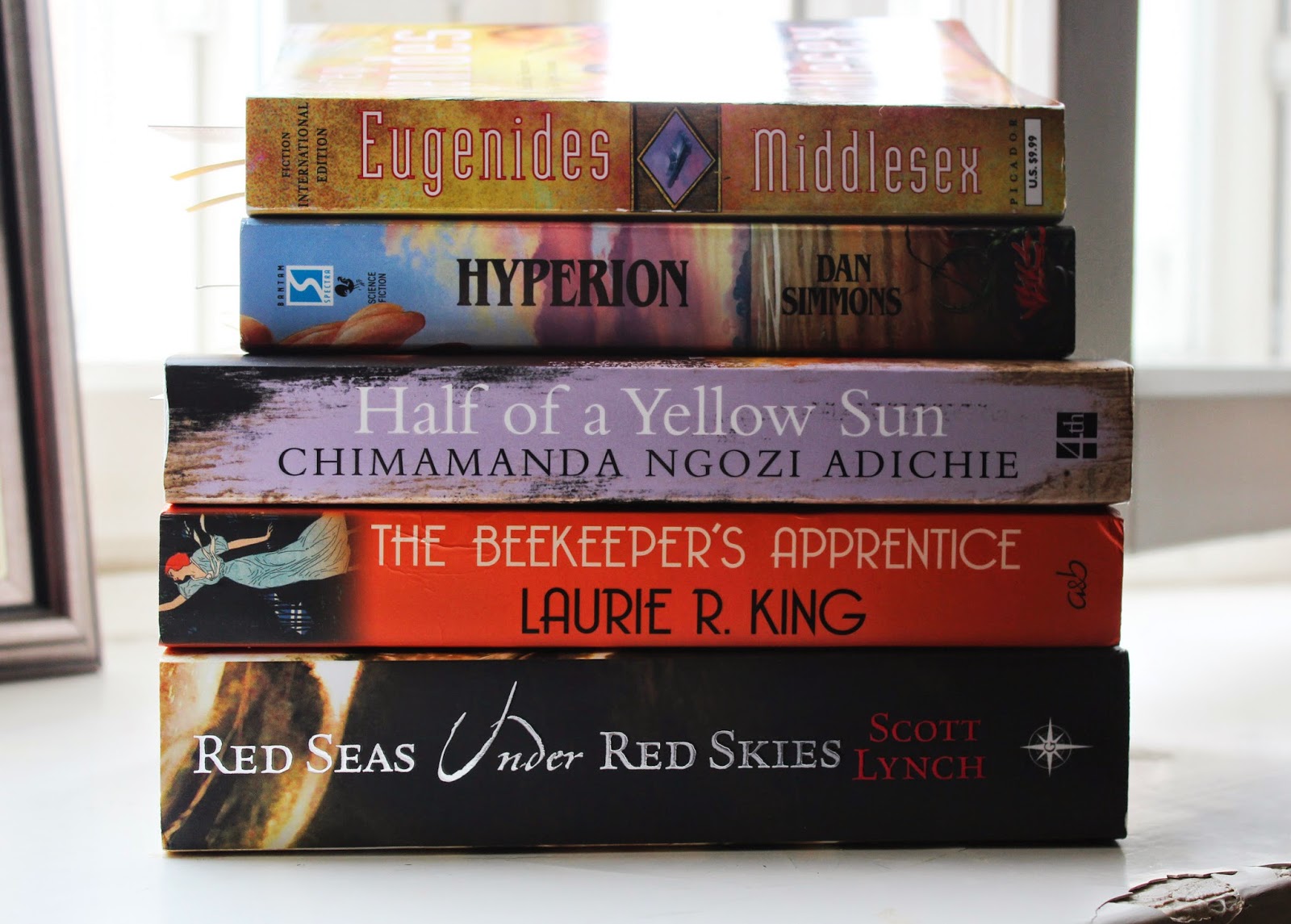 The first two are buddy reads, which I've been reading since the beginning of the month.
* Middlesex, Jeffrey Eugenides - I'm currently about 1/4 done and it's so good. I am not going to finish this one because I want to pace my buddy reads so they last throughout the month, but I will probably be reading the next week's portion of it.
* Hyperion, Dan Simmons - same goes for this one, I'm about half done. I might finish it because Hyperion is really, really good.
* Half of a Yellow Sun, Chimamanda Ngozi Adichie - Goodreads says I'm 27% done with this one. I want to finish it during Bout of Books.
* The Beekeeper's Apprentice, Laurie R. King - the beekeeper in this case is Sherlock Holmes. Though I usually am very wary about "spin-offs" as such, this book has received quite a lot of positive feedback.
* Red Seas Under Red Skies, Scott Lynch - I swear this book has been in each and every one of my latest TBR-lists and I still haven't picked it up. If I do, however, and if it's addictive (and why wouldn't it be?), I'll probably be able to finish this in a day or two (despite the size and tiny font).
* Classics Spin #6 book, provided I have it at home the moment the number gets announced on Monday.
* My Kindle is charging right no so it ain't on the photo but I might pick up Cinder, Marissa Meyer, if I feel like it.
Goals:
* Read books from my Bout of Books list only.
* Read every day!
* Post updates daily or every other day (like I usually do).
* Participate in a few challenges that seem appealing - very big maybe though because I've been so lazy laid back lately and I suspect I won't be feeling up to that. But I might.
* Prioritise reading over Internet and Diablo III.
That's it, folks, happy weekend and happy Bout of Booking!
Posted by Riv at 12:10