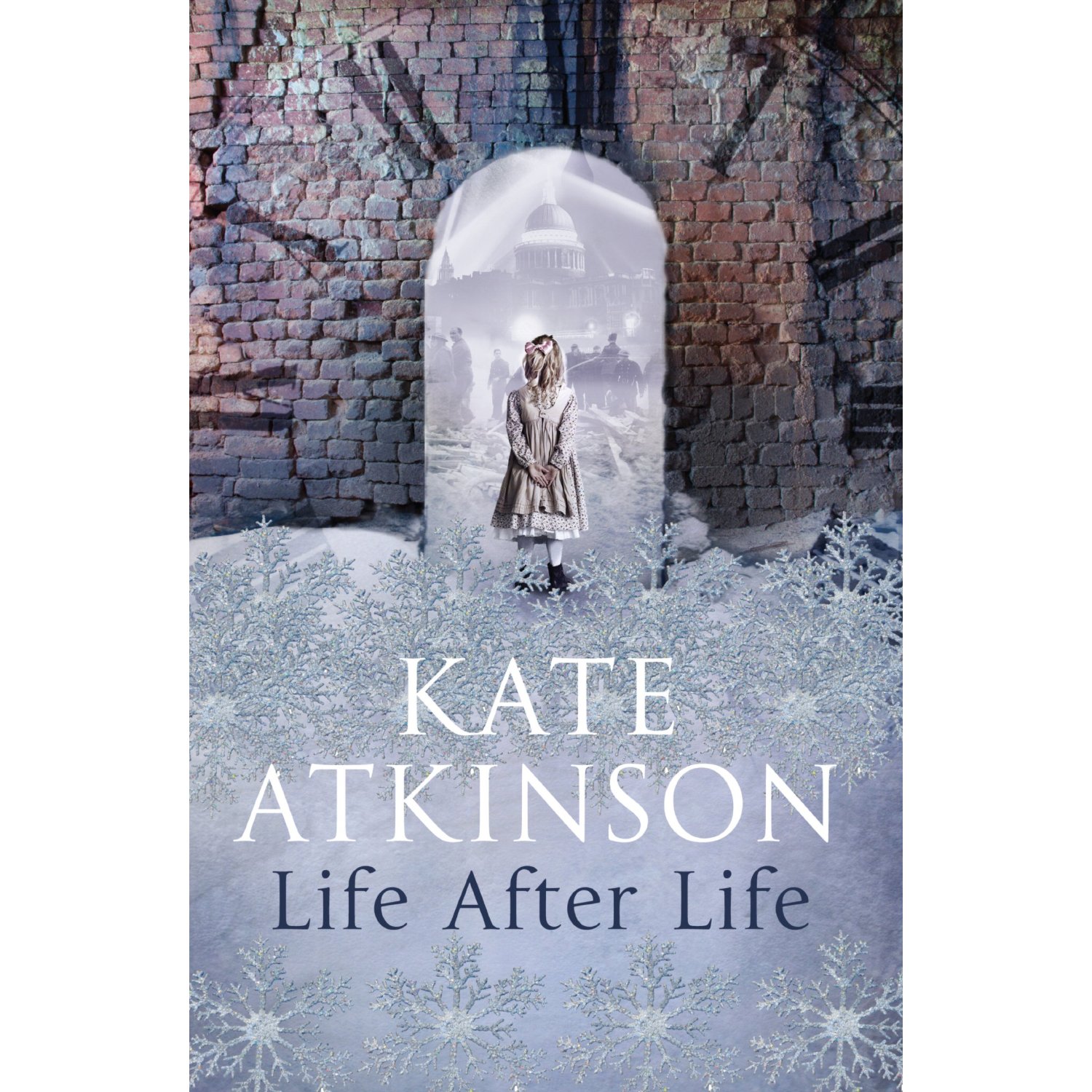 
It's difficult to read "Life After Life" and not think about the movie "Groundhog Day". I finished this book less than an hour ago, and I feel the need to write about it, right away (writing slump 0 - awesome books 1).
What if you had the chance to live your life again and again, until you finally got it right?
That one-sentence blurb alone triggers a flood of thoughts. It's like having a small version of good ol' Doc Emmett Brown on your shoulder, warning not to meddle with the time paradoxes, or the outcome may be disastrous. Only, in this book, there is no "physical" time travel (as much as such a thing is possible) - something I would label as an active notion, but the subtle ideas of reincarnation (a passive notion) and the constant feeling of déjà vu. Ursula Todd, the girl living life after life, never encounters herself in the time, but she encounters her own actions, and notices how it can take the smallest of change in the route of events to change the future completely.
I think that such "time-folding" technique is something that can easily fail in the hands of many writers, but Kate Atkinson is so crafty. The story just flows, it is one of those devourable books. Her writing is simple and easy to understand, but behind those simple sentences there is so much to feel. And think about. The characters are so vivid and many of them grew to my heart, even if they did things I did not approve. I could still see where they were coming from. Sylvie, the Mother, is a good example. If transferred into today, I think I'd call her a "soccer mum", but she was a very complicated character, often moody and hard to understand. Yet I liked her. (Or maybe I should say I liked reading about her? Not sure to be honest.)
It is a book of what if-s. What if a certain incident had not happened on your 16th birthday, or it had happened somewhat differently? How would it change everything that was to come afterwards? What if Hitler never came to reign? What if he happened to die before the time? Even though the first thing to come to mind is that it would have ended in something good, you'd have to consider the possibility that it would have ended in something even worse (although I realise that "something worse" than II WW is difficult to grasp). And it takes one to the more philosophical, vaguer paths - is there happiness without misfortune, and isn't it so that bad things can turn out good, only you do not know it yet? And how much power should a single individual possess when it comes to changing the course of events? I am by no means nothing close to a history expert, but if I think of Hitler, Stalin and the Molotov-Ribbentrop Pact, also known as the Treaty of Non-Aggression between Germany and the Soviet Union, and then think that what if someone had, say, shot Hitler in 1930, and then think of Stalin and the plans he had for the world... regardless of horrors of the Holocaust and everything else, to put it very simply - if Hitler had not ended up as a "meat shield" for Stalin, draining a lot of resources from both Germany and Soviets, it is actually possible that the history might have ended up even uglier...
But that is digressing. "Life After Life" is awesome because of all the thoughts it makes you think, of all the doors and windows it opens in your mind. Despite the temptation to "finally get it right", I don't think it's possible because "right" is one of the most relative subjects there is, changing in time and space. I think what I personally take with me from this book is amor fati -
"It means acceptance. Whatever happens to you, embrace it, the good and the bad equally. Death is just one more thing to be embraced, I suppose."
/p. 426/
---
477 pages
Posted by Riv at 17:48